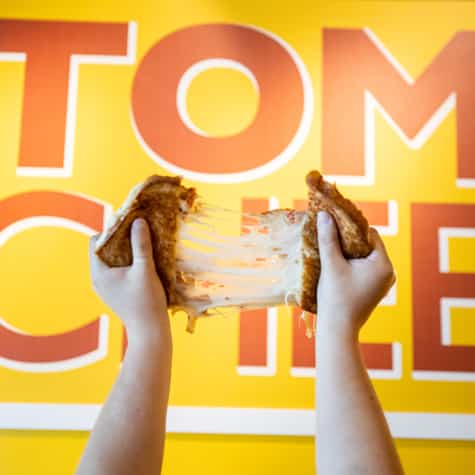 Entrepreneurs researching the market for potential fast-food or fast-casual restaurant franchises have a seemingly endless field of options, but certainly, a few names pop up frequently. One of those typically is Dairy Queen.

Dairy Queen opened in 1940 and has grown as a fast-food brand. Today, Dairy Queen franchising has put around 5,700 units into operation.

The menu is known for burgers, chicken strips, hot sandwiches, wraps, and salads, and especially for its frozen treats.

Franchise support extends “through every step of the development process,” according to DQ’s website.

If you look at DQ from the standpoint that it is a fast-food burger-based concept with a high number of locations, the biggest peers in its field are a few whose names are well familiar, such as McDonald’s, Wendy’s, and Burger King.

However, if you think of DQ as a comfort food franchise, other competing brands rise to the fore, offering something different and of higher quality than DQ’s arguably worn burger-and-fries format.

Consider a grilled cheese sandwich franchise such as Tom & Chee, compared to DQ. Dairy Queen is purely a fast-food concept. Its food is pre-made and kept under heat lamps until it is ordered. By contrast, Tom & Chee menu items are made to order.

The guest’s experience is one of much better quality — close to homemade.

Dairy Queen locations are no surprise to hungry consumers. However, depending on the area, certain brands are more apt to grab attention.

Tom & Chee sits in a sweet spot of brand recognition. It’s nationally known, having been featured on the television series Shark Tank as well as other national media, but it is not a been-there-done-that proposition like dining at DQ.

The low cost of entry compared to Dairy Queen franchising makes Tom & Chee a striking alternative. Along with its straightforward business model and exceptional support, Tom & Chee is a smart choice of grilled cheese sandwich franchise.